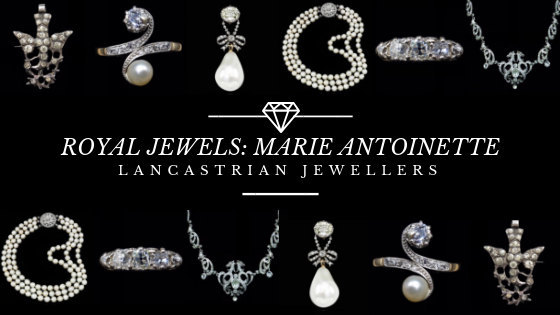 November (2018) has been an exciting month in the world of jewellery. We have seen a collection of Marie Antoinette’s jewels for the first time in 200 years, and then those jewels went up for auction and broke records with a $36 million selling price for a single Pearl and Diamond pendant, along with a total auction price of $53.2m (£41m). 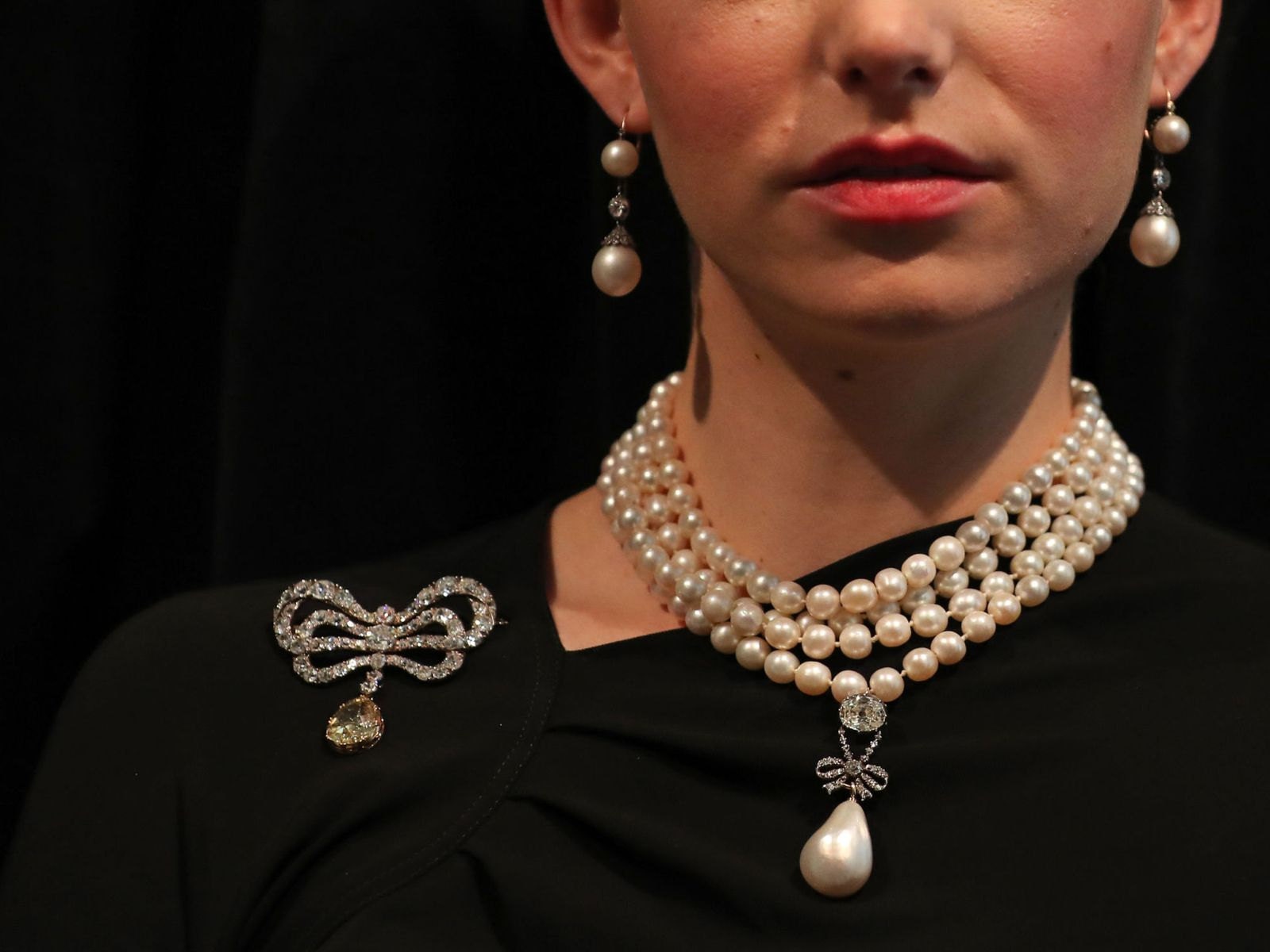 History of the Jewels

In March of 1791, Queen Marie Antoinette prepared for her escape from France by spending an entire evening in the Tuileries Palace wrapping her Diamond and Pearl jewels in cotton and packing them in a small wooden box.

Unfortunately, Queen Marie Antoinette and her husband were executed in 1793 but the box of jewels made its way to Brussels, and then to Vienna, where it safety reached the hands of the Austrian Emperor, Marie Antoinette’s nephew.

In 1795 Marie-Thérèse, Marie Antoinette's daughter, was released from three years of solitary confinement. She made her way to Vienna and reclaimed her mother’s jewels, from her cousin, the Austrian Emperor.

Since she never had children of her own, Marie-Thérèse bequeathed part of her jewellery collection to her niece and adopted daughter, Louise of France (1819–1864), Duchess of Parma and grand-daughter of Charles X, King of France (1757-1836), who in turn left them to her son, Robert I (1848-1907), the last ruling Duke of Parma.

In October of 2018, this collection of royal jewels reached Sotheby's auction house after not being seen in public for 200 years.

Daniela Mascetti, Deputy Chairman, Sotheby’s Jewellery Europe and Senior International Specialist: "It is one of the most important royal jewellery collections ever to appear on the market and each and every jewel is absolutely imbued with history. Never before seen in public, this extraordinary group of jewels offers a captivating insight into the lives of its owners going back hundreds of years. What is also striking is the inherent beauty of the pieces themselves: the precious gems they are adorned with and the exceptional craftsmanship they display are stunning in their own right."

Marie Antoinette was often depicted wearing Pearls, with them draped around her neck, on her garments, and in her hair. During the 18th century, Cultured Pearls did not exist and therefore, Natural pearls were harvested by Pearl hunters who would manually gather oysters from the ocean floor. The oysters were then brought to the surface, opened, and searched for Pearls. This was a dangerous, difficult and wasteful task as hundreds (perhaps thousands) of shells would have to be open to find a single Pearl.

“At that time there were only natural Pearls, there was no such thing as a cultured Pearl and they have always been the absolute ultimate mark of wealth and privilege. In that time, they were certainly more valuable than Diamonds. While Diamonds were considered beautiful and important, they just weren’t as revered as the natural Pearl,” said Frank Everett, Sotheby’s Senior VP of Jewellery. 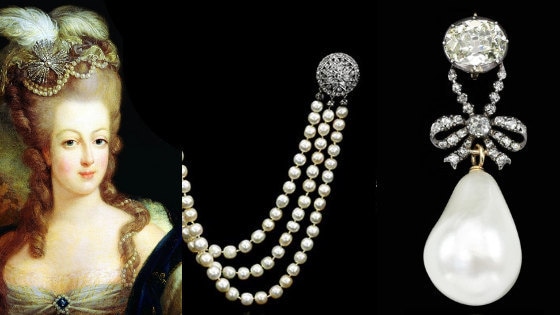 This brings us on to the star of the auction, the exquisite natural Pearl and Diamond pendant. This pendant was a personal piece belonging to Marie Antoinette herself, which beat its pre-auction estimate of £1.5 million and fetched a staggering £28.4 million ($36m), while achieving a new record for a natural Pearl in auction.

Other star lots included a Diamond bow brooch which sold for over $2.1 million, a monogram ring containing Marie Antoinette's hair, which sold for $440,000 and a Pearl and Diamond strand necklace sold for $2.2 million. Diamond Tiaras and Diamond Parues were also part of the auction which fetched significantly higher prices than their estimates.

Marie Antoinette's collection was part of a larger auction containing items from the Bourbon Parma family, one of Europe's most significant dynastic houses. In total, the 100 items brought in more than $53 million, making this a very exciting auction for the world to watch.

"The Marie Antoinette provenance is probably second to none. It's a record for a sale of royal jewels," David Bennett, chairman of Sotheby's international jewellery, told reporters. 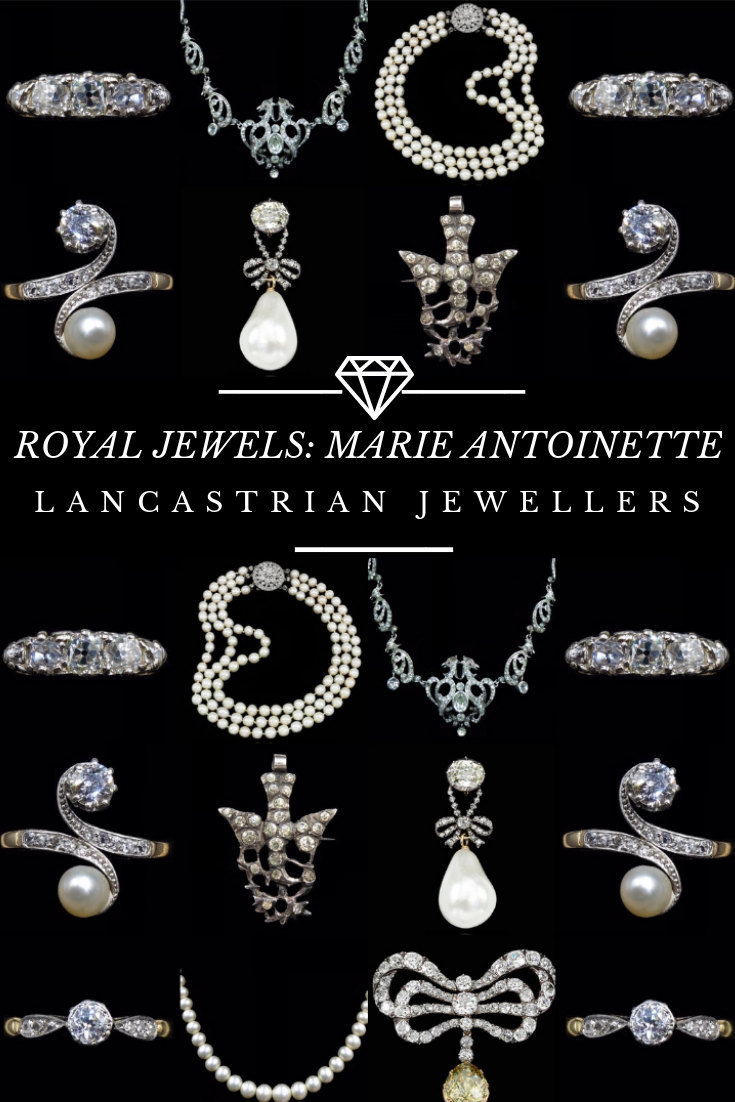