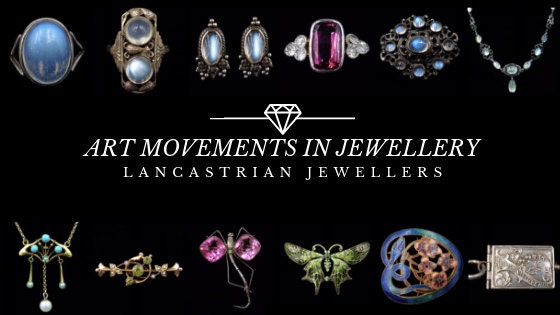 Art and Design Movements hugely impacted jewellery trends of the late 19th and early 20th centuries. Three popular movements included the Art Nouveau movement, the Arts and Crafts movement and the Art Deco movement; each style notably different and born out of a rejection to each other. But what are those differences and what does each term really mean? Continue reading to find out... 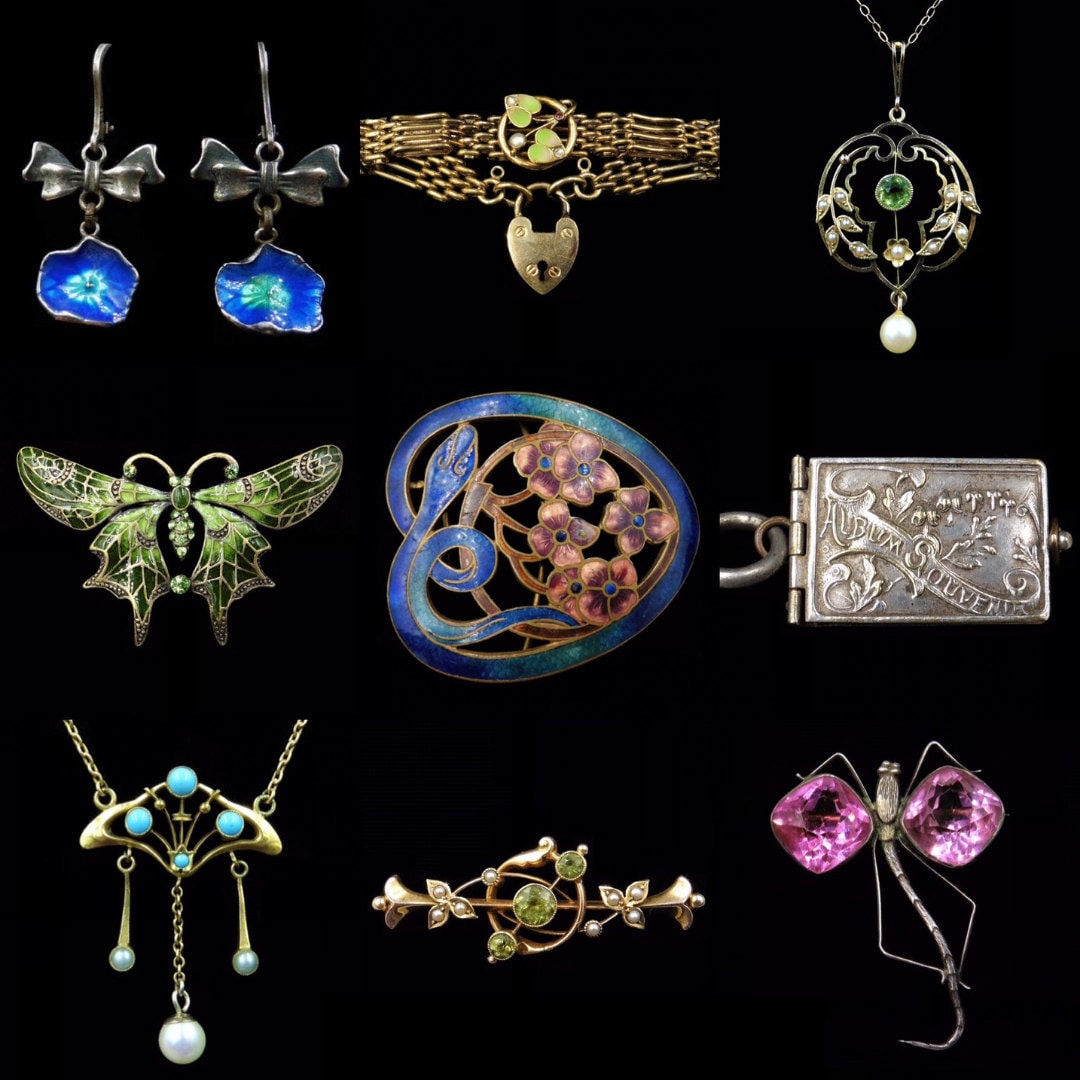 The Art Nouveau movement started in Europe around 1890 and lasted until around 1910. Although the style coincided with the Edwardian era, the styles were entirely different. While Edwardian Era jewellery is full of detail, symmetry, and delicacy; Art Nouveau jewellery is a celebration of free form, with organic shapes and a focus on nature.

The movement embraced completely new and original ideas, innovative materials and rejected the mass-produced jewellery of the Victorian era. Jewellery designers aimed to capture the movement of nature in wearable art forms. This meant designs of this period were organic and flowery and free-floating forms from the natural world were explored as never before.

Art Nouevau jewellery was often mounted in gold and set with valuable precious stones such as emerald, ruby, sapphire and notably, diamond – as a decorative embellishment or focal point. Rene Lalique also pioneered the use of materials such as horn and moulded glass to reinforce the naturalistic ideal. 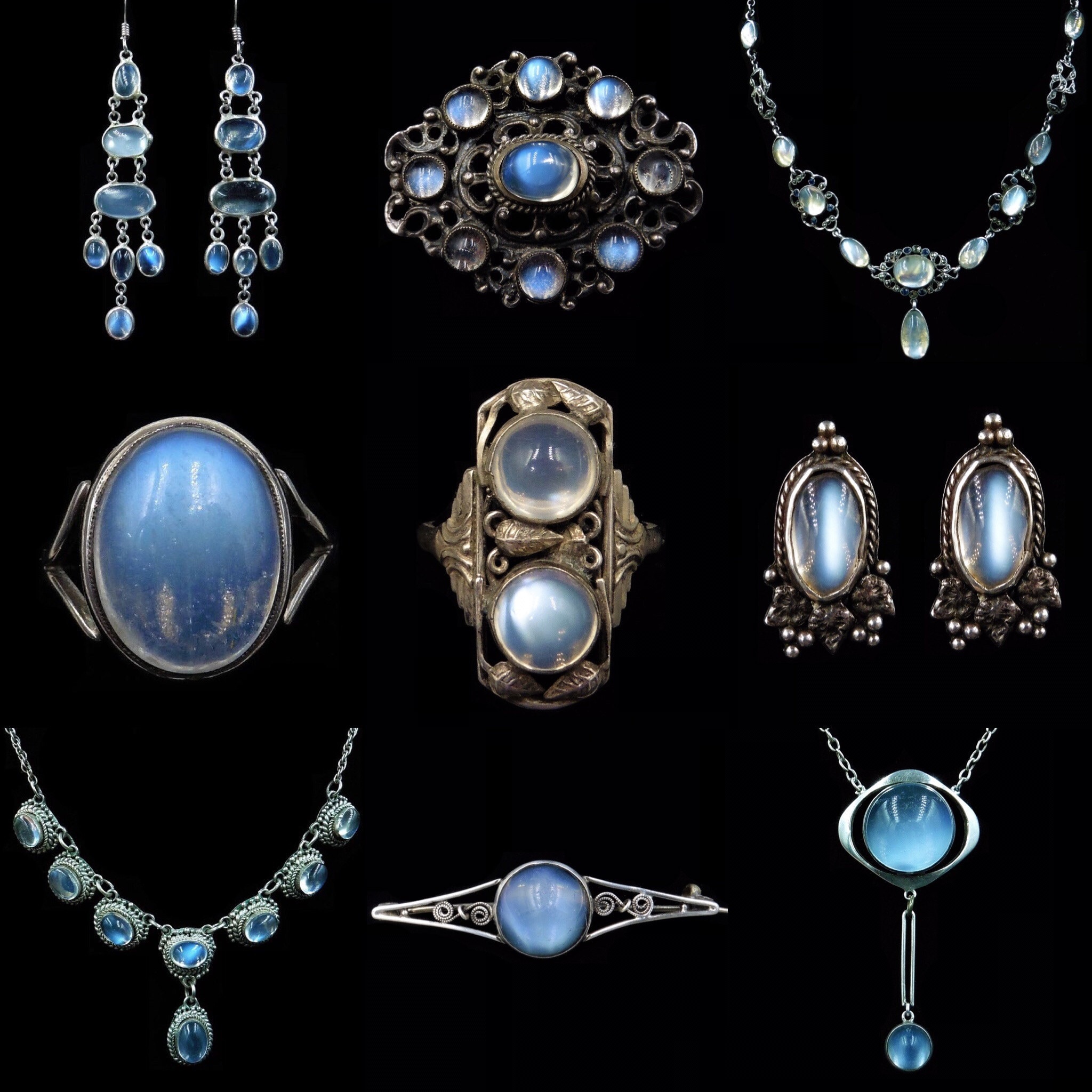 The Arts and Crafts movement has the same time period as the Art Nouveau period but the styles and principles were distinctively different.

The main focus of this movement was to reclaim hand craftmanship and rebel against the ever-growing machine age and industrialised world. Because of this simple designs and shapes were favoured with intricate metalwork being the focal point. A hammered texture on metal was popular for its softer lustre and its departure from smooth, shiny, machine made counterparts.

Designers of the movement wanted their jewellery to be understated, invariably inexpensive and lack the flashy ‘shallowness’ of some art nouveau pieces. Therefore, silver (found in abundance in the late nineteenth century), aluminum and copper were most commonly used and gold was only used as a minor accent. Baroque pearls, mother-of-pearl and stones such as moonstone, turquoise, garnet, opal and amethyst were popular. Larger, faceted stones were avoided and instead the natural beauty of the cabochon cut was favored. Cloisonné enamelling also became popular, this features metal walling, either in Silver or Gold wire, in-between the enamel work for a bolder finish.

In contrast to the sophistication of Art Nouveau designs, the Arts and Crafts pieces tended to be much simpler, lacking the sensuous quality with a large emphasis on the handmade. 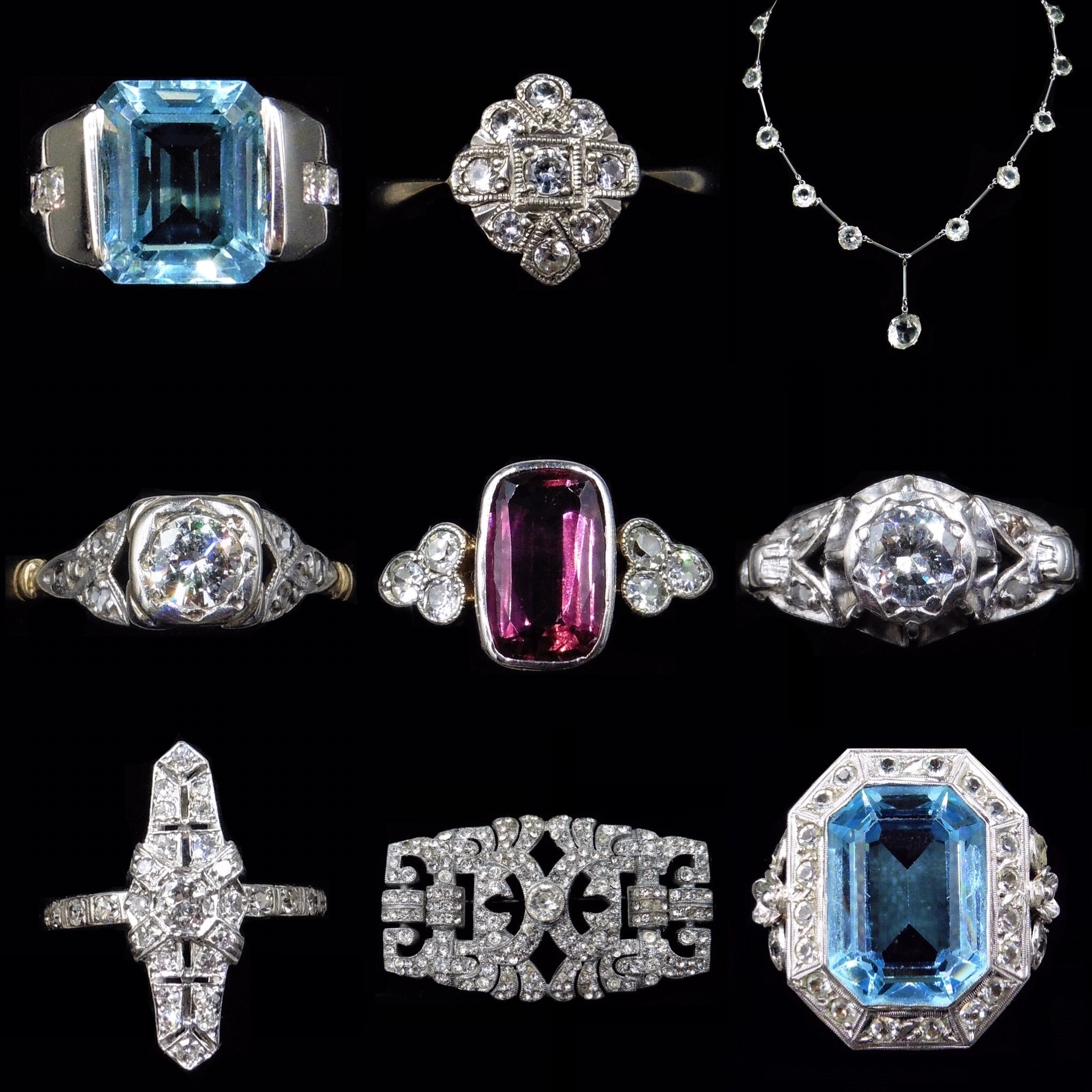 The Art Deco period is the polar opposite to both the Art Nouevau and Arts and Crafts Movements. This movement celebrated the machine age and reflected the current advances in technology.

The curvy organic styles of the Art Nouveau era and the simple bold designs of the Arts and Crafts movement didn’t appeal to everyone and in turn, the Art Deco style was born.  The Deco period was characterized by smooth lines, geometric and symmetrical shapes, streamlined forms and bright colours.

The style appeared very modern in contrast to previous styles and movements and reflected the overall modernisation of the world. In turn, this led to the end of the Art Nouevau and Arts and Crafts movements and Art Deco went on to remain popular until the end of the late 1930’s.

You can read more about the Art Deco era including the influences of the period and jewellery trends here...

At Lancastrian Jewellers, we have a range of genuine Art Nouveau, Arts and Crafts and Art Deco pieces in our shop and we are always also constantly sourcing new acquisitions for our shop every day. Just click on the links below to shop each style. 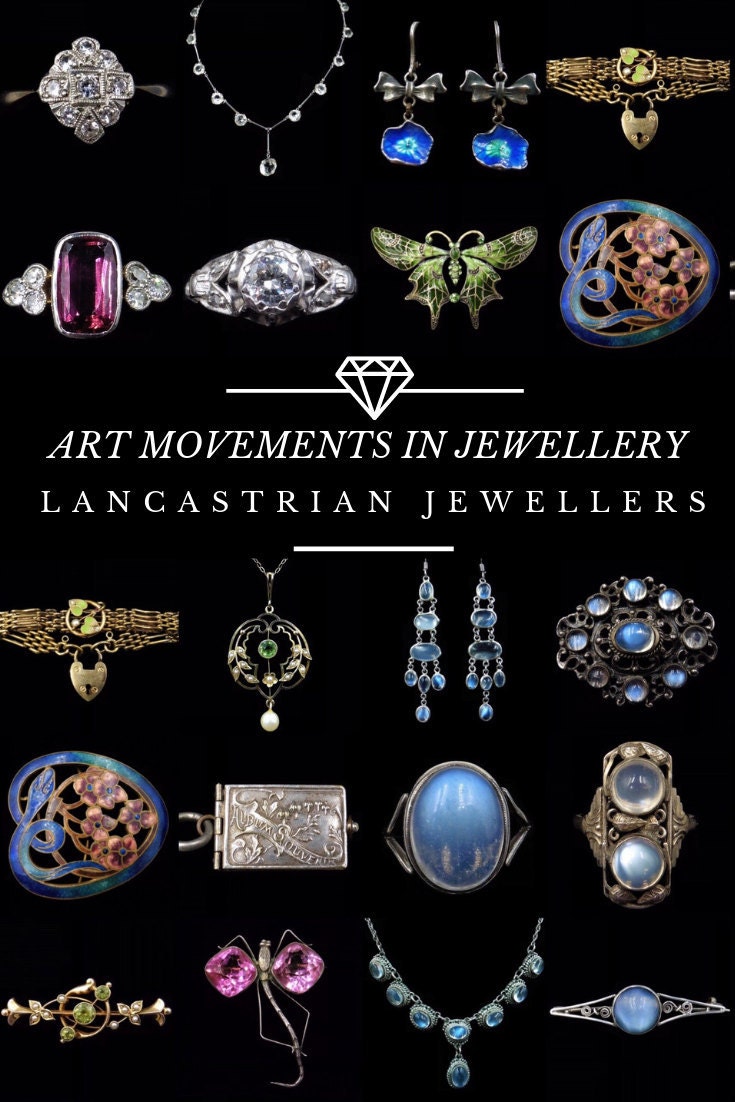