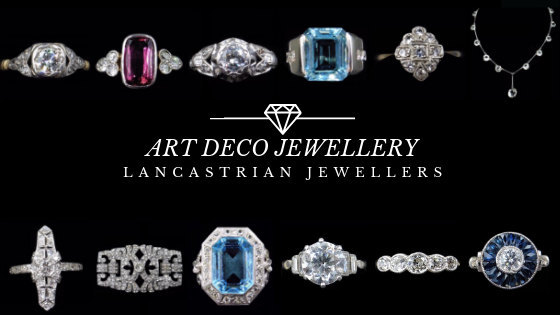 The Art Deco era derives its name from the Exposition Internationale des Arts Décoratifs et Industriels Modernes (the International Exposition of Modern Decorative and Industrial Arts). The expedition took place in Paris, 1925 and is said to have influenced the worldwide popularity of Art Deco design. Although the expedition itself wasn’t until 1925, the Art Deco era is known to span from around 1918 (at the end of WW1) until the late 1930’s.

The Art Deco era, which above all reflected advances in technology, was characterized by smooth lines, geometric and symmetrical shapes, streamlined forms and bright colours. The period was a very influential time which provided a plethora of beautiful masterpieces.

An array of social, political and cultural influences affected the styles and trends at the time, all of which contributed to the emergence of Art Deco jewellery.

The victory and end of the World War in 1918 led to a new attitude in society as everyone worked to re-build the country. As a result of the role women played in the war, Victorian ideals were rejected, and women were emancipated. Women were now allowed to vote, smoke, drink and engage with society in a way that could not have been imagined in years prior.

This hugely impacted women’s fashion in a way never seen before. Corsets were no more and sleeves and hemlines were shortened along with hair styles. Paul Poiret and Coco Chanel began designing simple, elegant clothing with straight lines and a freer silhouette. In turn, this also required a rethinking of jewellery styles.

The shorter haircuts and lower necklines meant that long earrings were the perfect accessories to fill up this newly empty space between hair and shoulders. The loose straight dresses also meant they looked great dressed up with long strands of beads.

The Art Nouveau movement, which was popular before Art Deco, focused on soft curving lines, delicate details and natural imagery. In jewellery, figures of women with fairy wings and images from nature were popular, as well as subtle, soft-looking stones such as moonstone and pearl.

Like most movements in design, a new movement begins due to a rejection of the previous out dated movement; and this is exactly what happened in the late 1910’s. The Art Deco movement was produced out of a rejection of soft, curvy forms and instead transformed into bolder, geometric styles.

There were many influences on Art Deco jewellery that actually began to take shape about a decade earlier. In 1909, Serge Diaghilev brought the Ballet Russes to Paris, and women went wild for the exotic and vibrant costumes. Jade, Lapis, Coral, Turquoise and other bright gemstones became all the rage and a fascination with the East, particularly China and Japan, started showing up in jewellery.

The exciting new archaeological discoveries in Egypt, primarily the tomb of Tutankhamun, hugely influenced jewellery during the period. Pierre Cartier wrote in 1923 that “The discovery of the tomb will bring some sweeping changes in fashion jewellery” and he was right! The Egyptian designs influenced all of the major jewellery houses, from Cartier to Van Cleef & Arpels, Boucheron and Georges Fouquet.

Figurative representations of lotus blossoms, pyramids, the eye of Horus, scarabs and nearly anything from the ancient time of the Pharaohs, was used as a motif in jewellery. Entire scenes of ancient Egyptian life were seen played out over bracelets, all rendered in new colour combinations created by combining lapis lazuli with gold and cornelian with turquoise.

During this time, Europe as a continent had finally began to accept the ever-increasing industrial nature of 20th-century living, and artists were able to mirror this in their work. Despite the hesitance of predecessors to accept the movement, people found a middle ground between man and machine with the Art Deco movement, allowing art and industry to co-exist.

The designs that followed were more popular than could ever be imagined by both jewellery and fashion industries in previous years. The design itself could be applied to almost anything related to popular culture, from Art Deco cufflinks to the Chrysler building in New York, and everything in between. Themes included geometry and symmetry, along with boldness, colour and statement. In terms of jewellery, this could be seen as a reflection of the empowerment being felt by women across the continent and beyond, as they began their long, arduous, and arguably ongoing fight for equality. 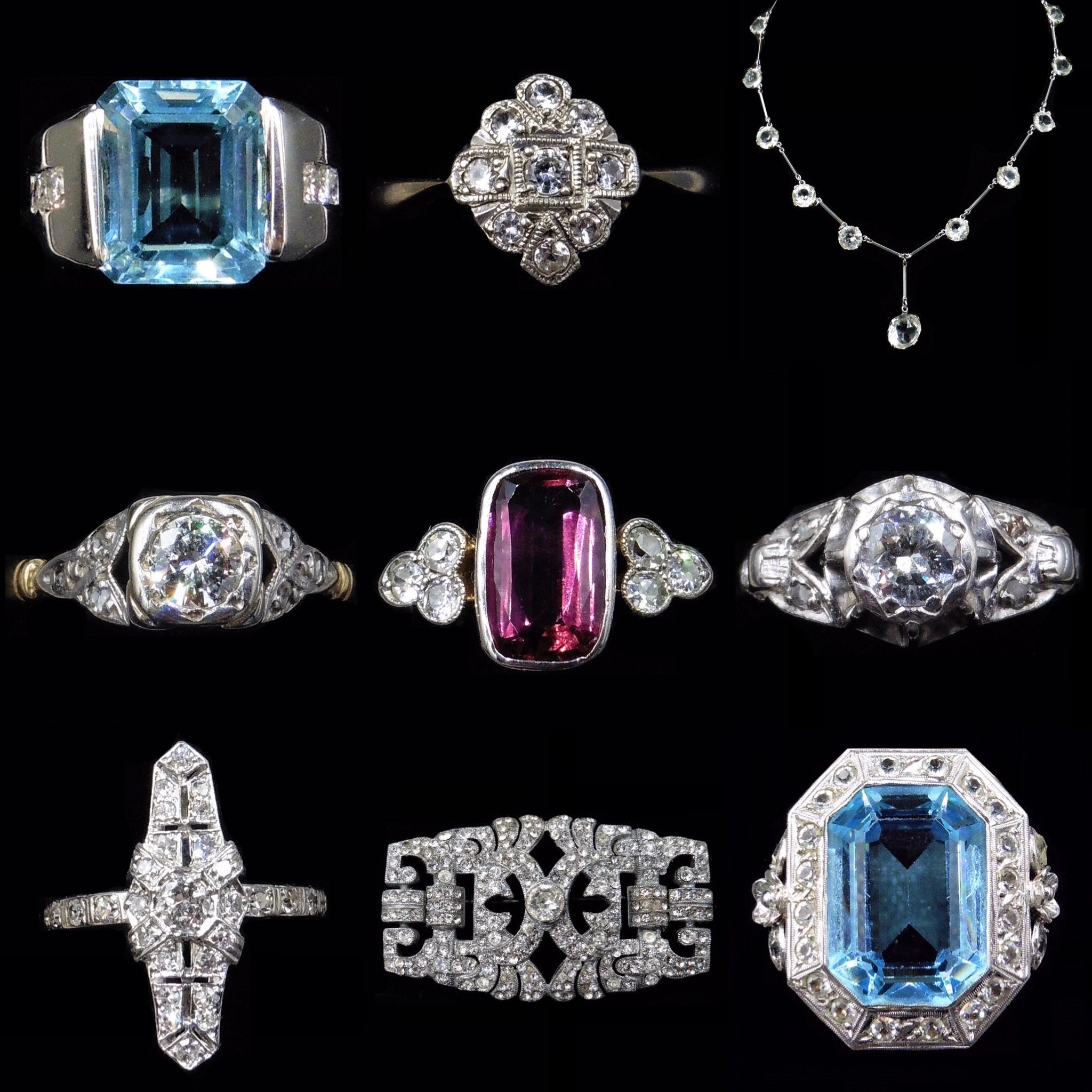 End of an Era

The Art Deco style in jewellery lasted through the 1930s, and it was only in the 1940s that there was a major shift in design. However, the Art Deco style witnessed a revival in the late 1960s, and even today jewellery designers continue to be inspired by the period with many of the designs being timeless classics. 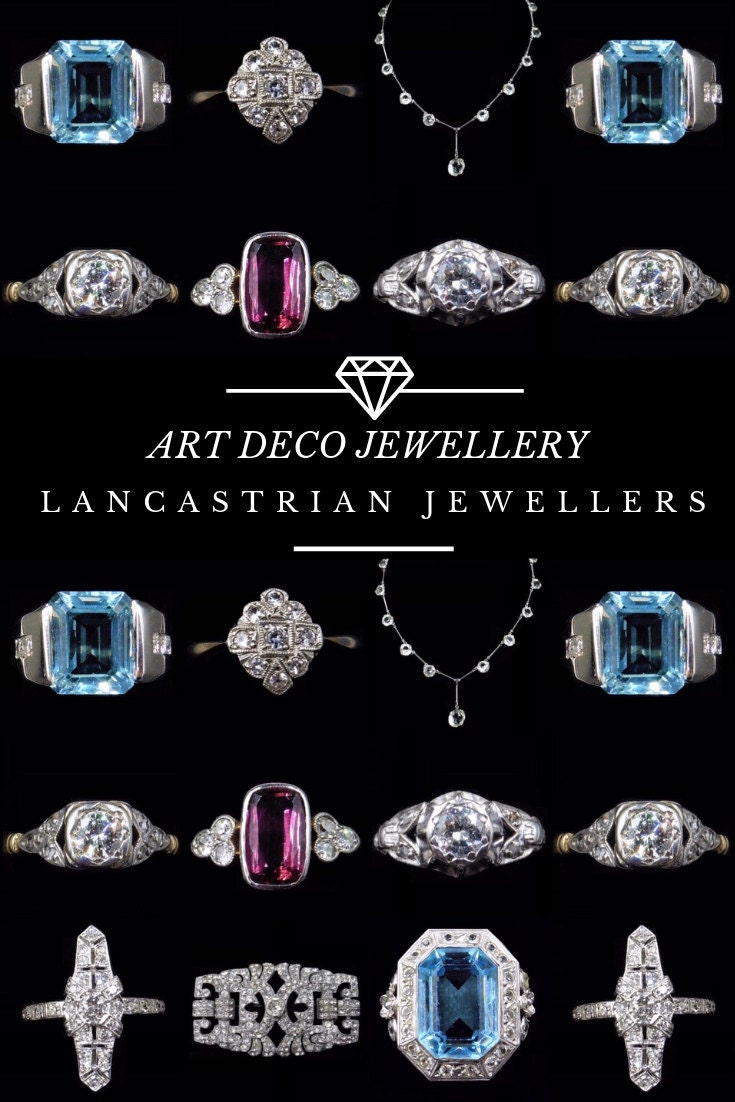